Cows are Bigger than Chickens 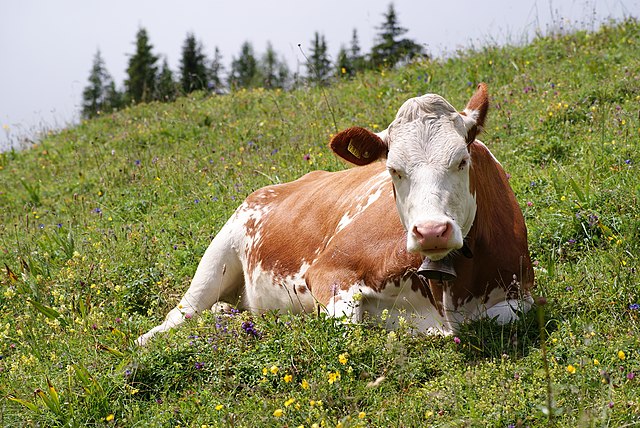 It's commonly claimed that eating chicken is less ethical than eating beef [1]. The core piece of evidence for this claim is true and relevant: A chicken is a big meal but a cow is hundreds of meals. But I think proponents underrate a countervailing force: a single chicken is likely far less morally significant than a single cow. It's harder to quantify and be certain about this difference but I think it's likely real and large. Proponents seem to take it as plausible that a chicken and cow are equally morally important. See this article which makes that assumption or this page which gives the default estimate of a chicken's sentience as half that of a cow's.

But why should we assume a chicken life is roughly equal to that of a cows? If a cow is hundreds of times larger than a chicken is it unreasonable to think it might be hundreds of times more morally significant? A chicken's brain is about 3 grams [2] whereas a cow has a brain size of 480g [3]. Because of this my null hypothesis on how much more morally significant a cow is to a chicken is 150x and that is my sentience multiplier in calculations.

I'm not saying this is definitely the truth. I'm not an expert in pain, brain structures or evolutionary history. There are a lot of factors to consider. But I don't know why you'd start from a position that individuals should be equally morally important? I think it's a fine approximation when talking about humans especially since humans have a preference for fair policies anyway. But it seems absurd when talking about such radically different organisms.

If you take the estimates of the other factors given by reducing suffering seriously, which includes that cows live in captivity ~10 times longer and chickens have a worse time in their coops and just give chickens a sentience multiplier of 0.01 you get the conclusion that a kilogram of chicken causes less than half as much suffering as a kilogram of beef. At the moment that's my best guess.

[1] The proximate cause for me writing this piece is this article which came to me by this tweet. But I've heard it from friends before.

[2] https://www.sciencedirect.com/science/article/pii/S0032579120302133 Interestingly this is small for a bird of it's size. Raven's have 14 gram brains and smaller bodies. This could be due to domestication. Here's a paper which shows domesticated turkeys have smaller brains than their wild counterparts.