Something Strange is Happening in Columbus

A few weeks ago I was walking down an alley and I saw these Jellies out of the corner of my eye. 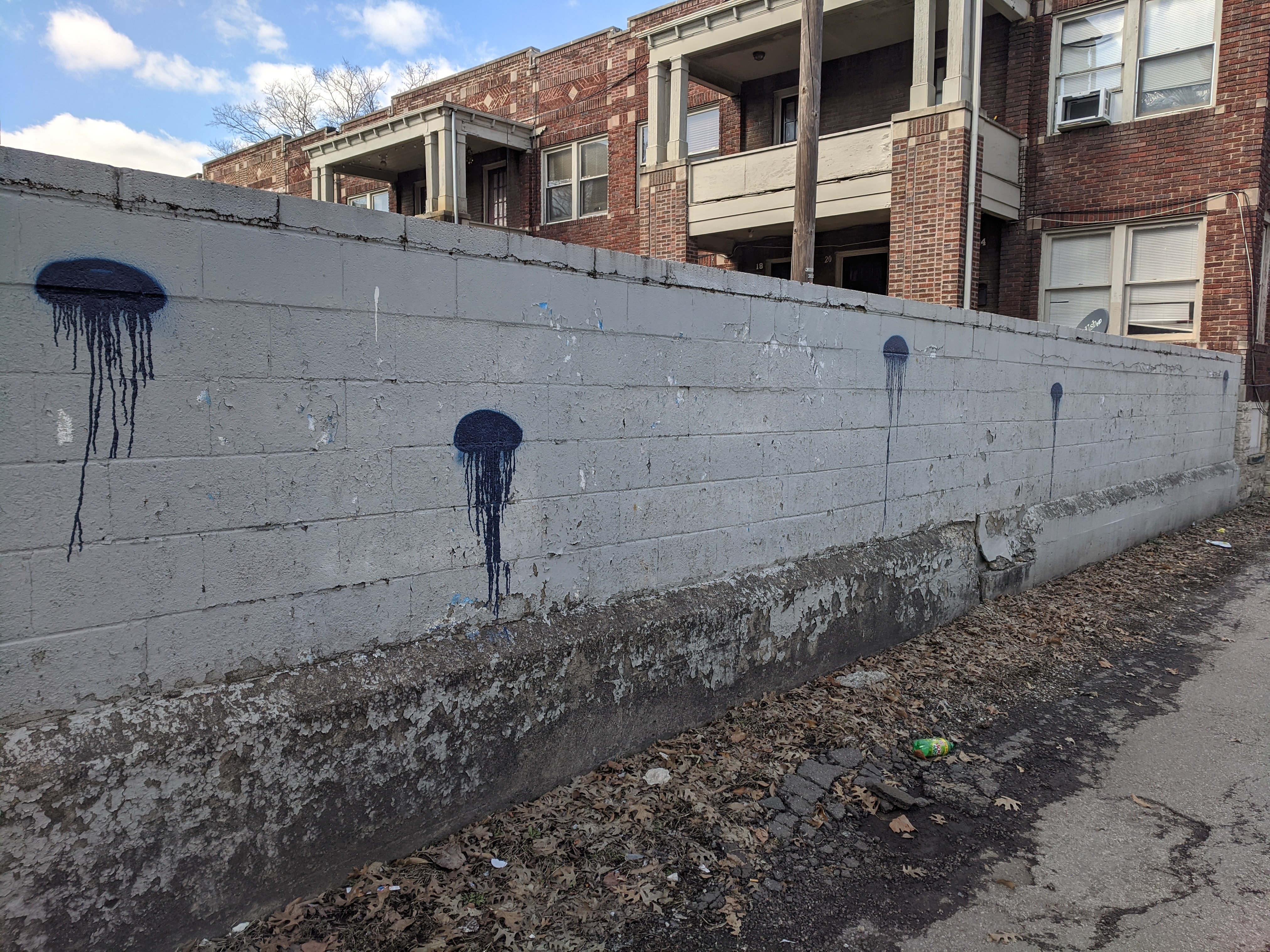 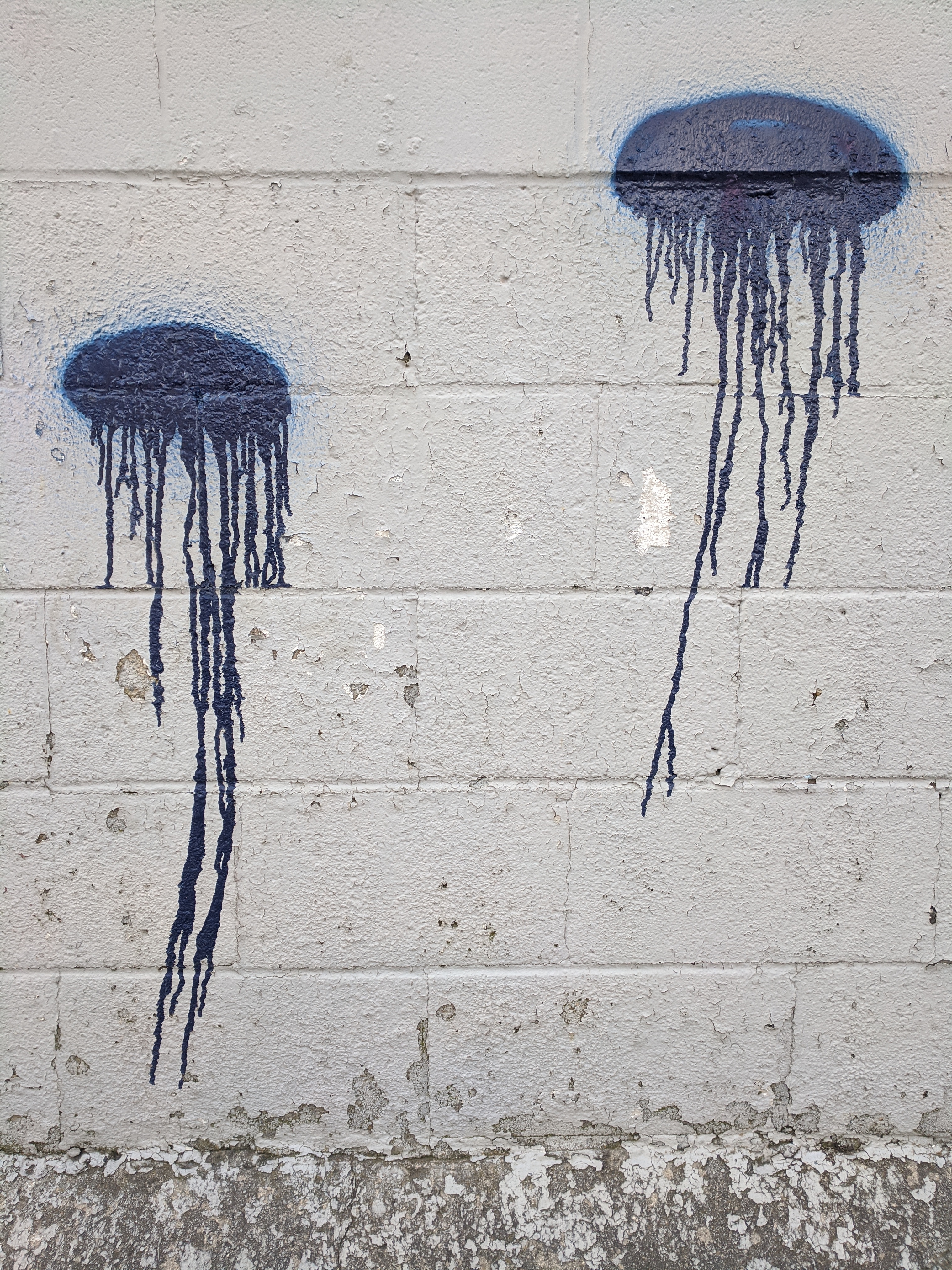 I wasn't sure what to make of them. Are they a deliberate act of graffiti or some by product of construction? The look sort of like someone heaped a bunch of paint into a perfect oval and than the paint dripped down into tentacles. But they also sort of don't look like that. The tentacles sway back and forth in a way that doesn't seem guided by the topography of the wall. I put it out of my mind and listened to the birds chirp for a half hour.

Later I took Rhiannon to the same spot and she also didn't have any leads. But now we see them everywhere. These are in an alley about a half mile away:

This one is doodled on top of. Is it a work of the same artist? Or an artist working on top of naturally occurring paint splatters? 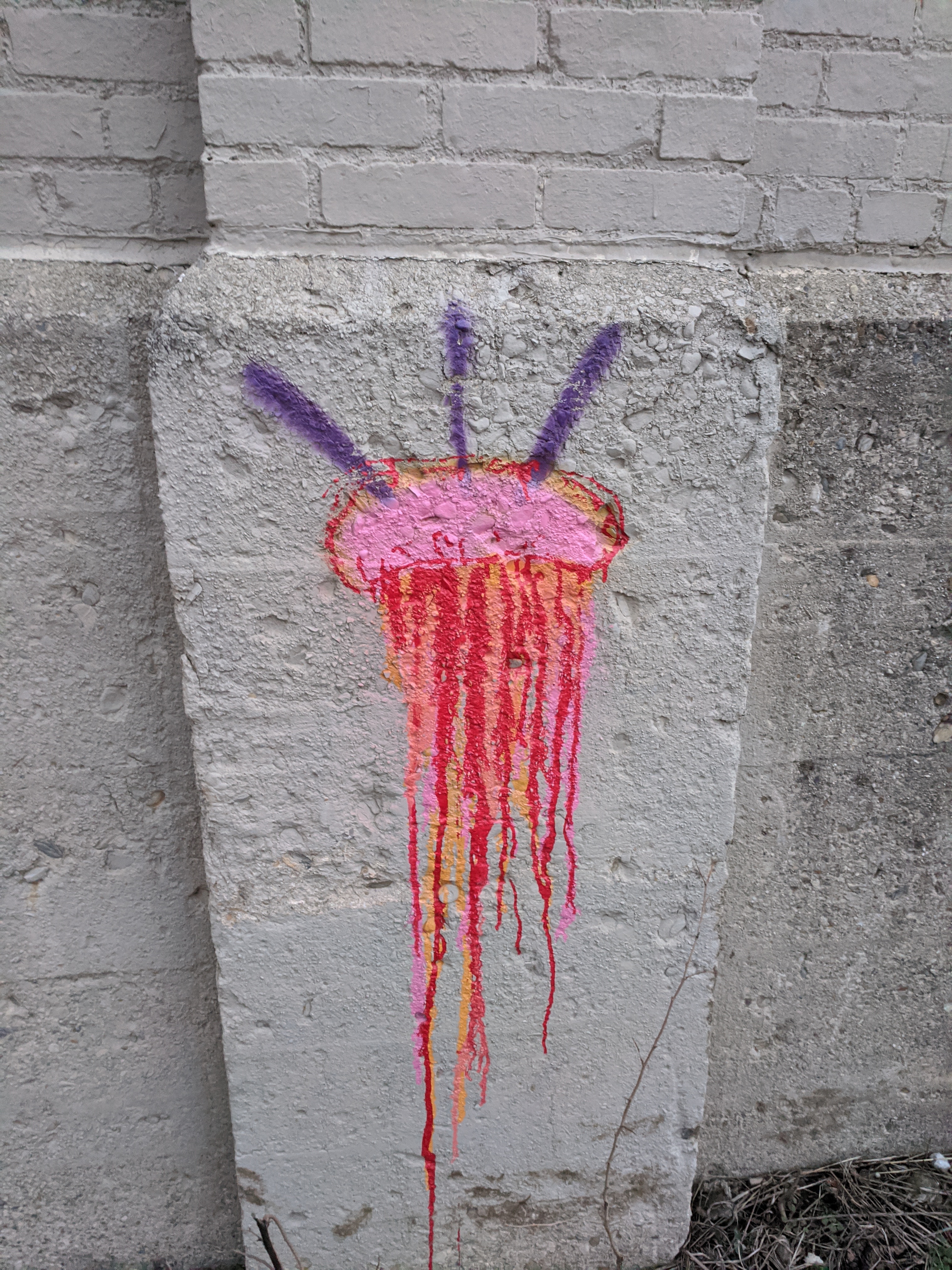 This next alley has four different colors. Surely this debunks the hypothesis that they're a byproduct of a construction process? 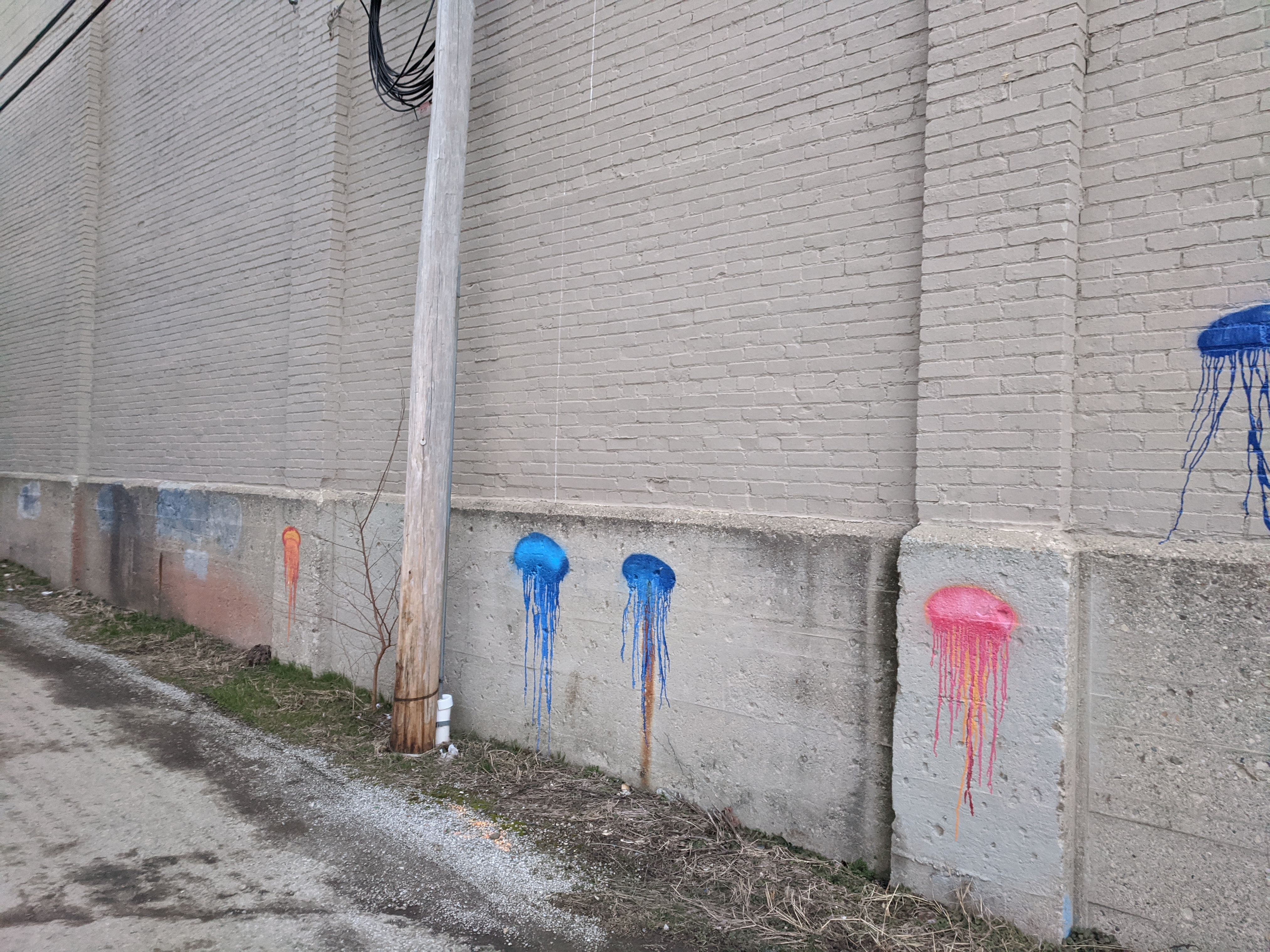 There's also this painting I found taped to the outside of someone's house. This one is at least evidently a work of art. But is it related to the others? Is it their calling card? 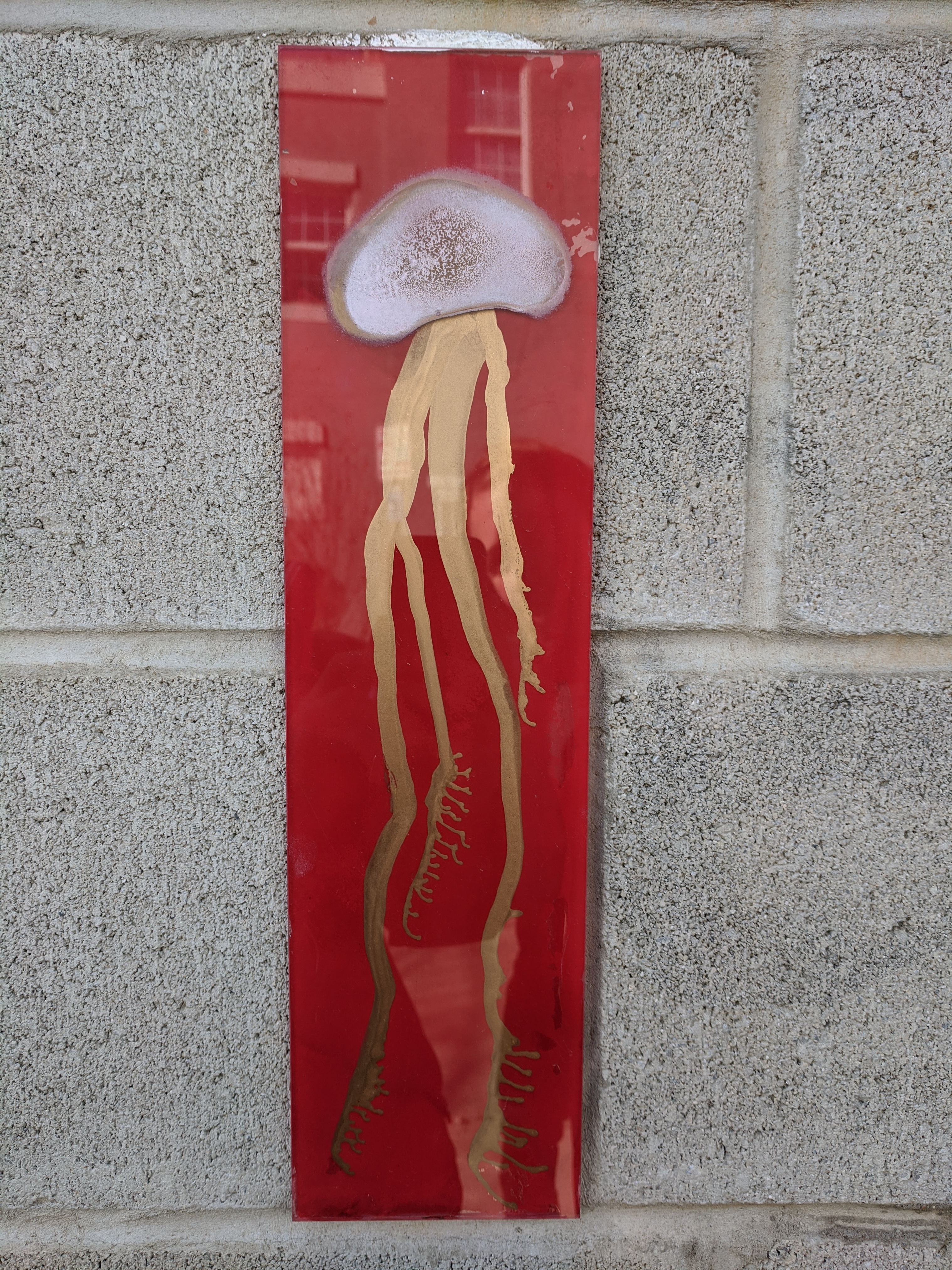 I knocked on the apartment with this piece but there was no answer. It looked like your run of the mill campus area shit hole. Rented out by Northsteppe. I suspect the true culprit is long gone. But we'll never know. More investigating was required so I googled "Columbus Jellyfish" and the first link was a three year old Reddit thread which explained everything. It is in fact graffiti. I guess that would explain why they're all in the same general area. There's actually a lot of graffiti around me. Here's some of my favorites: 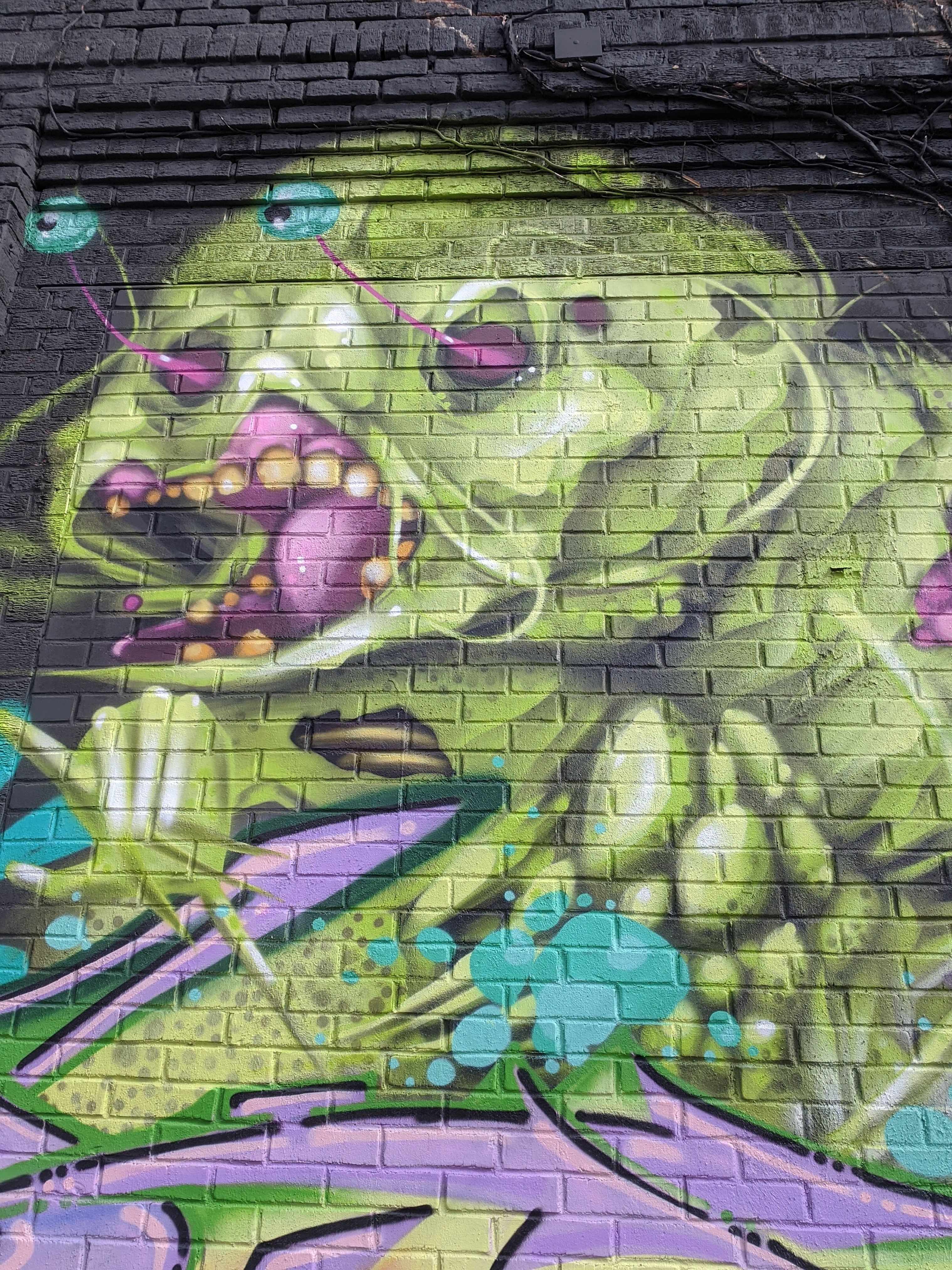 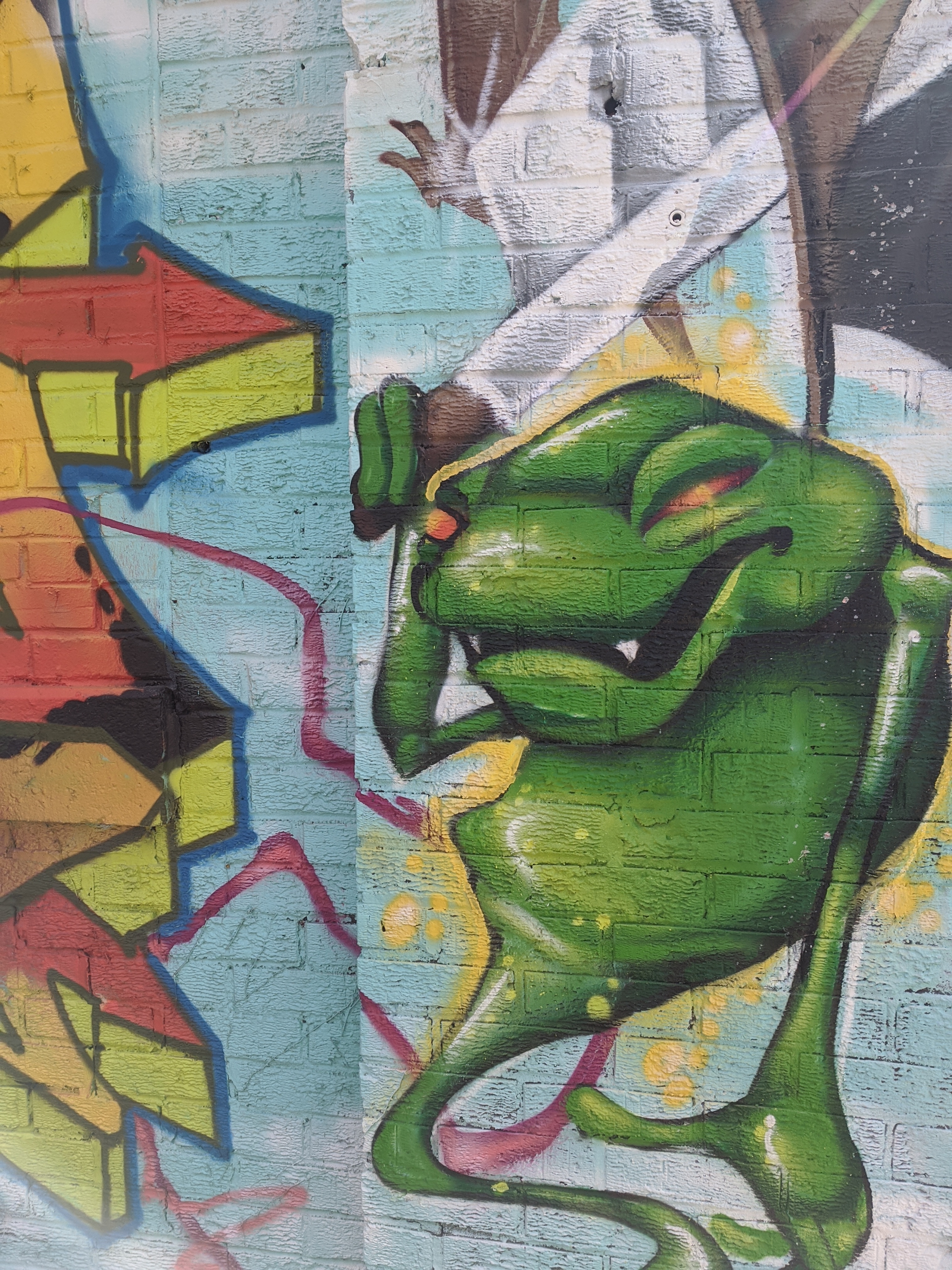 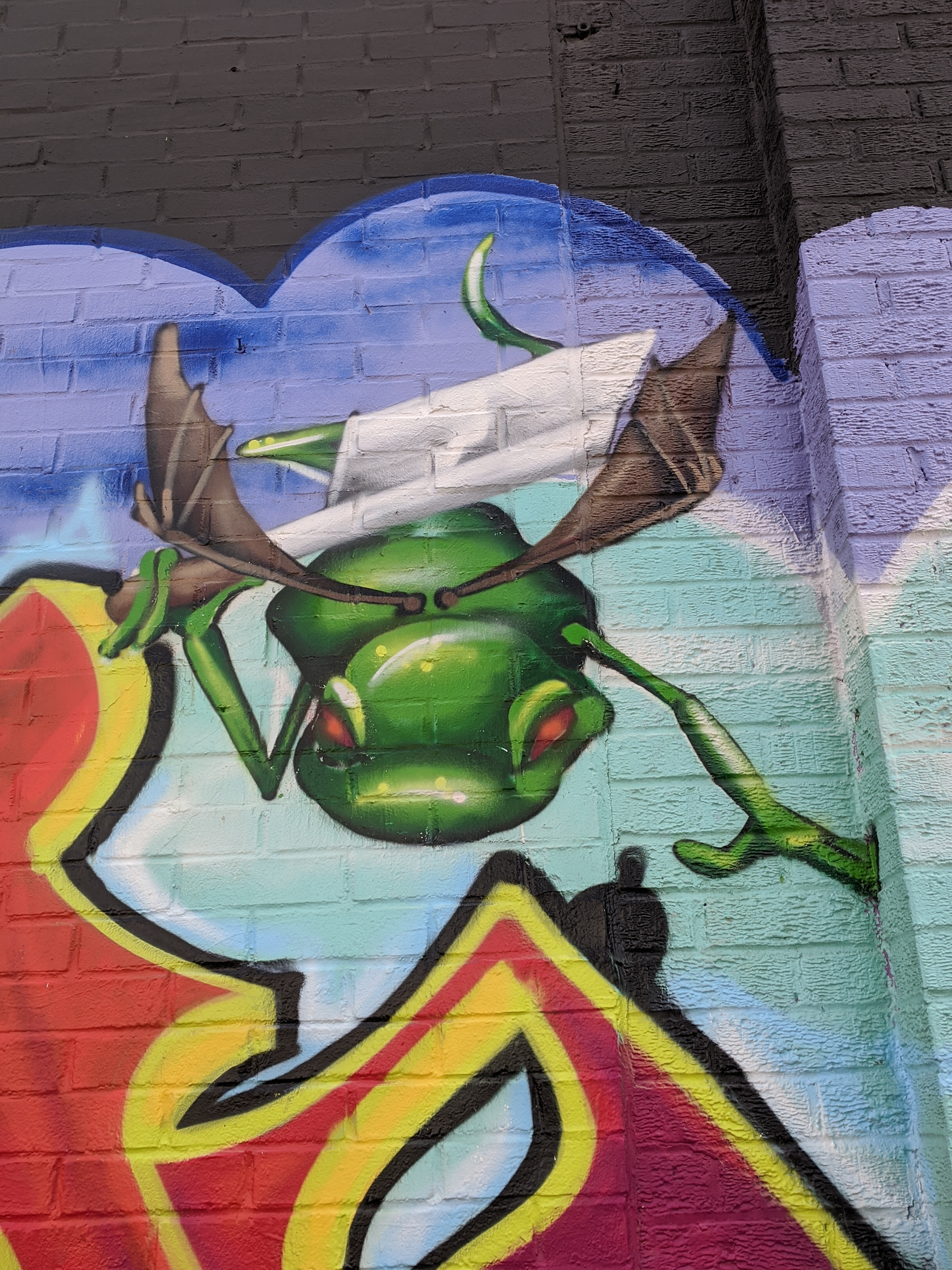 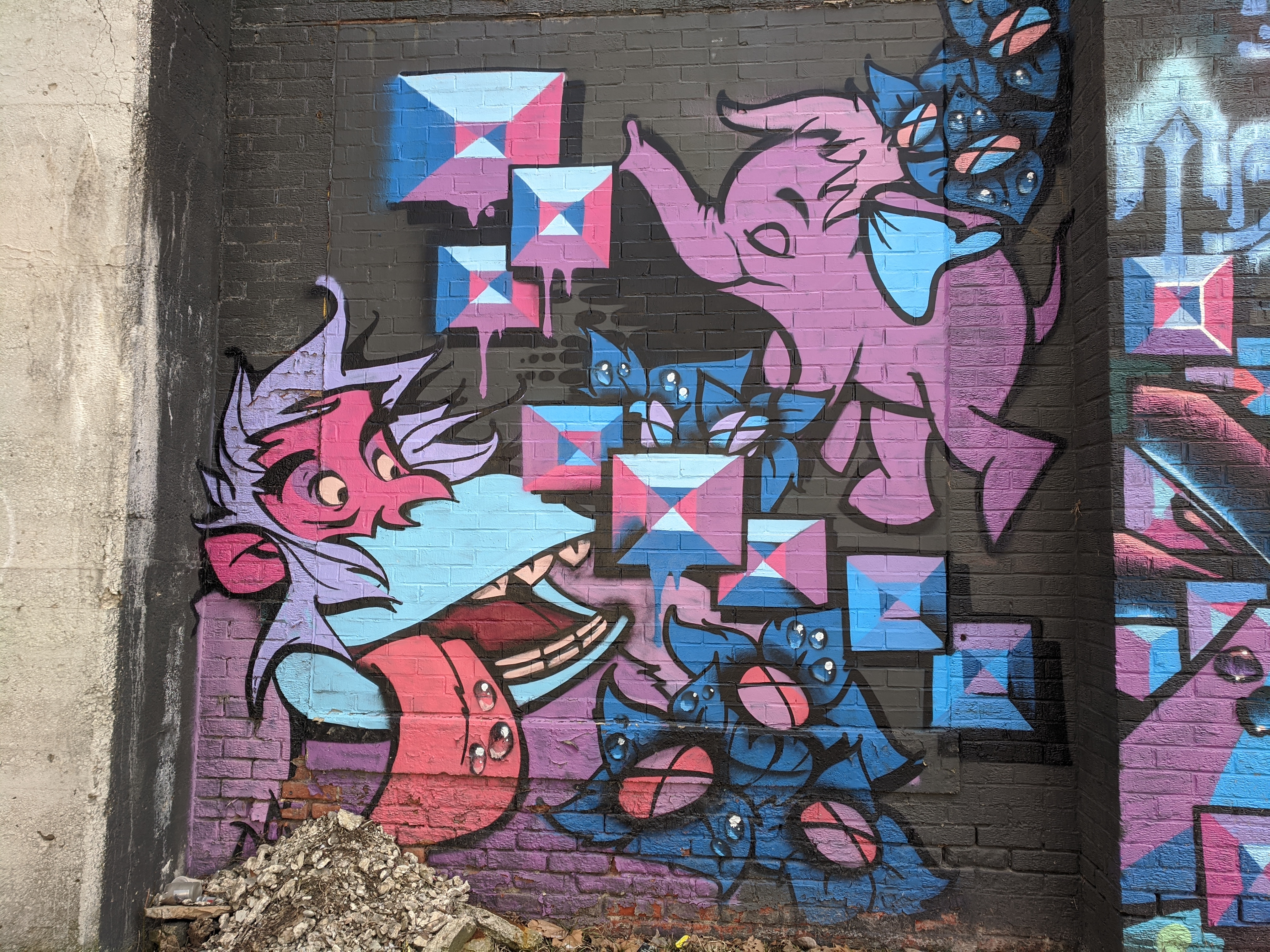 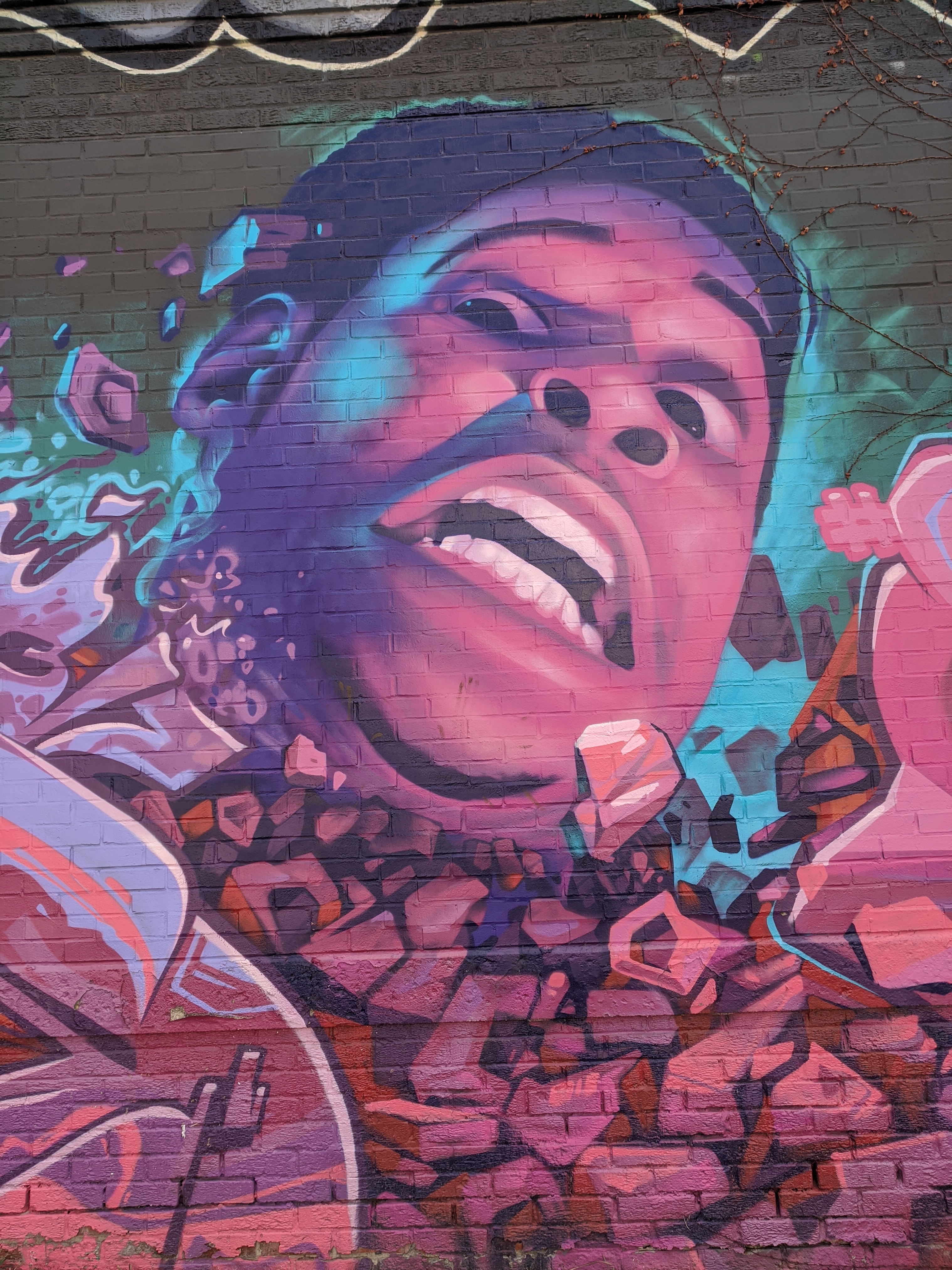 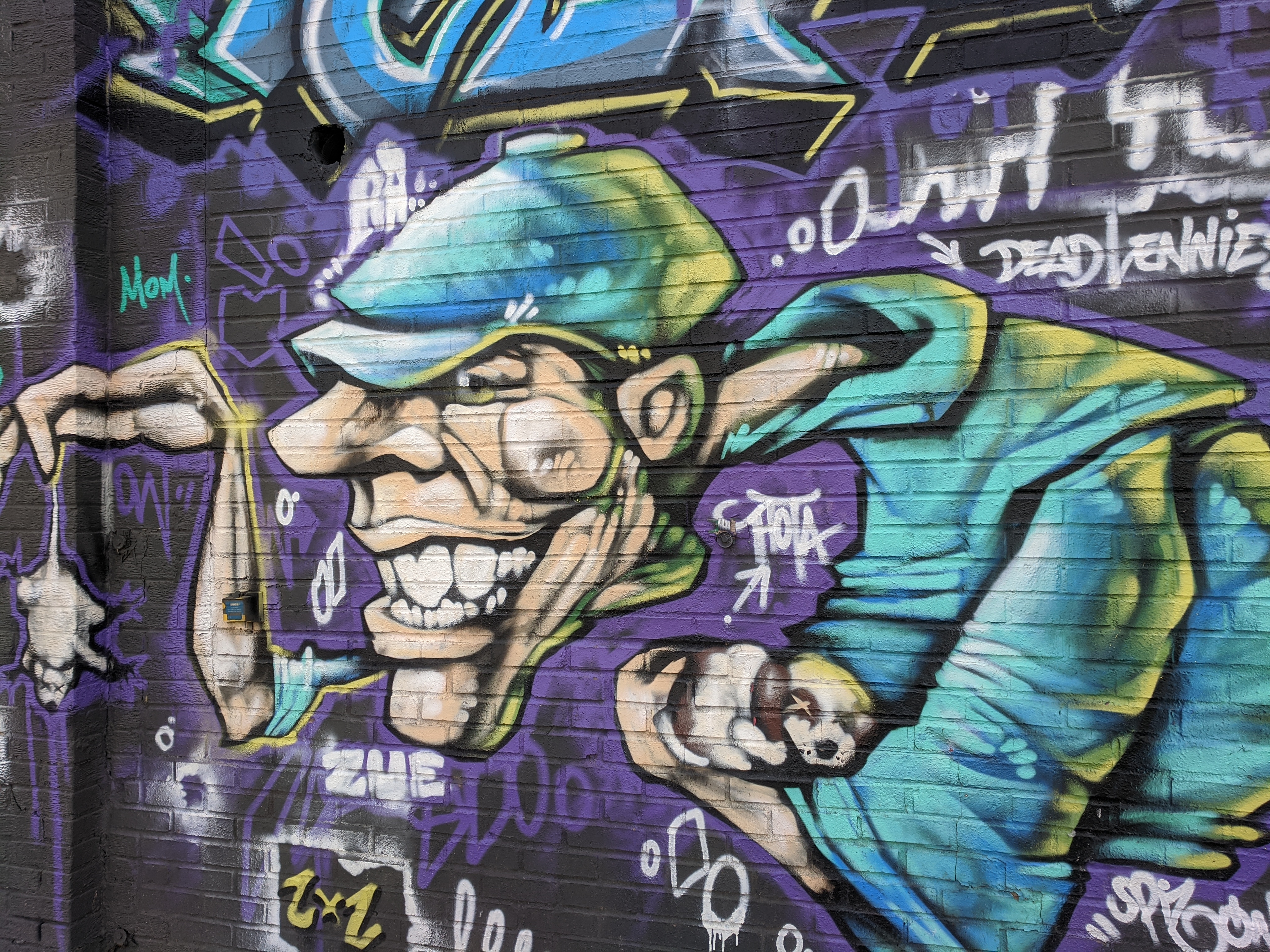 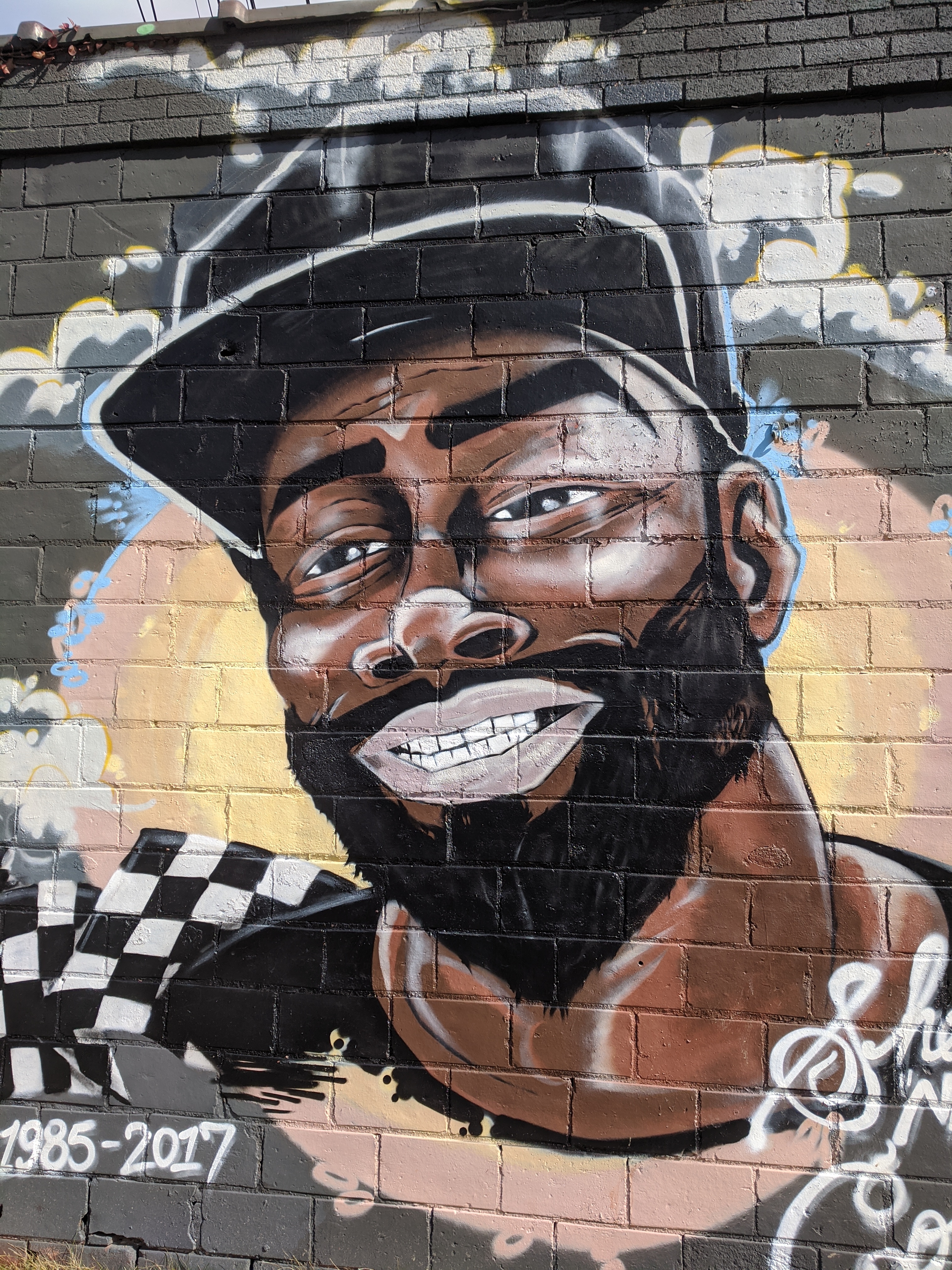 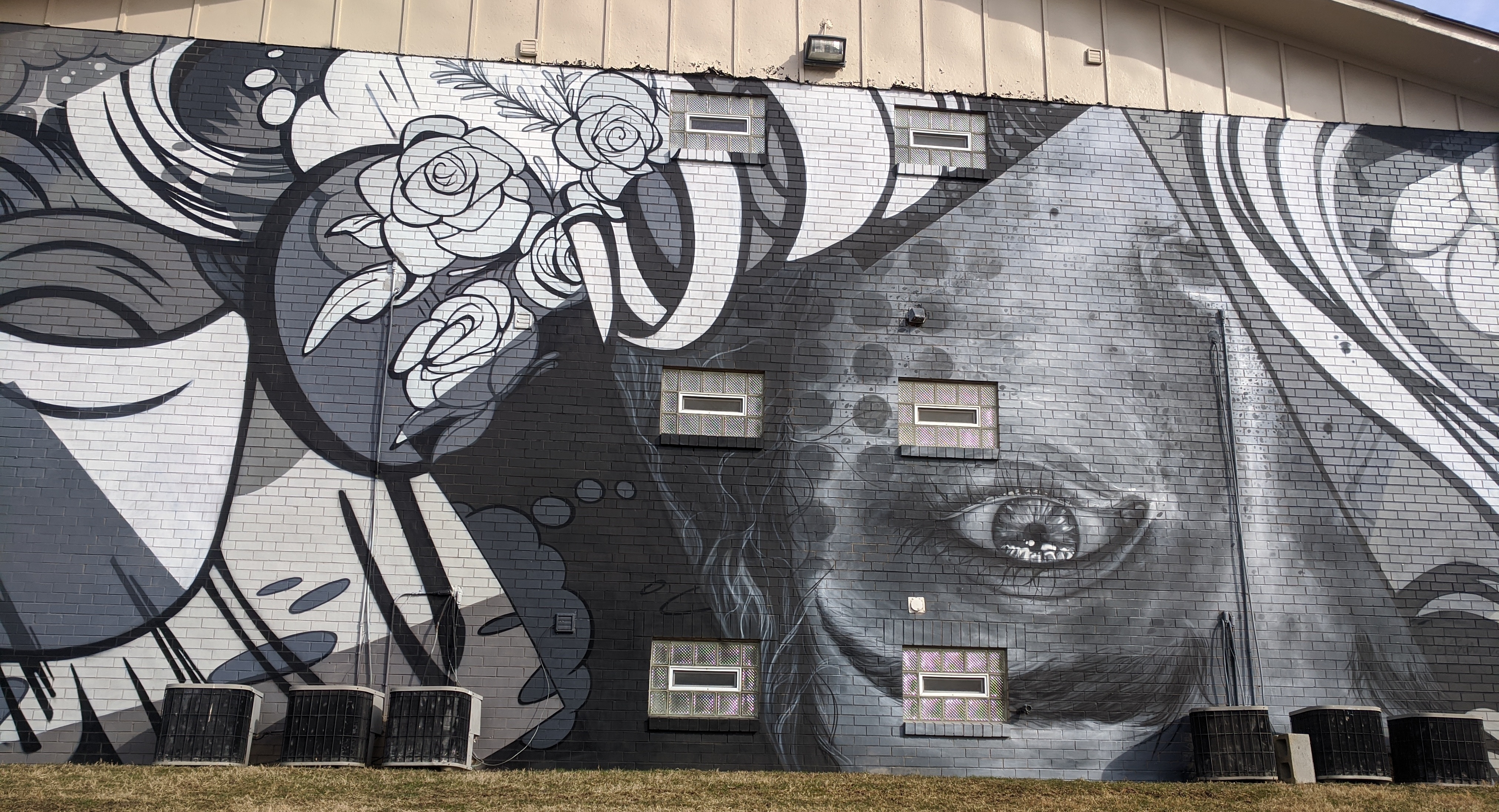 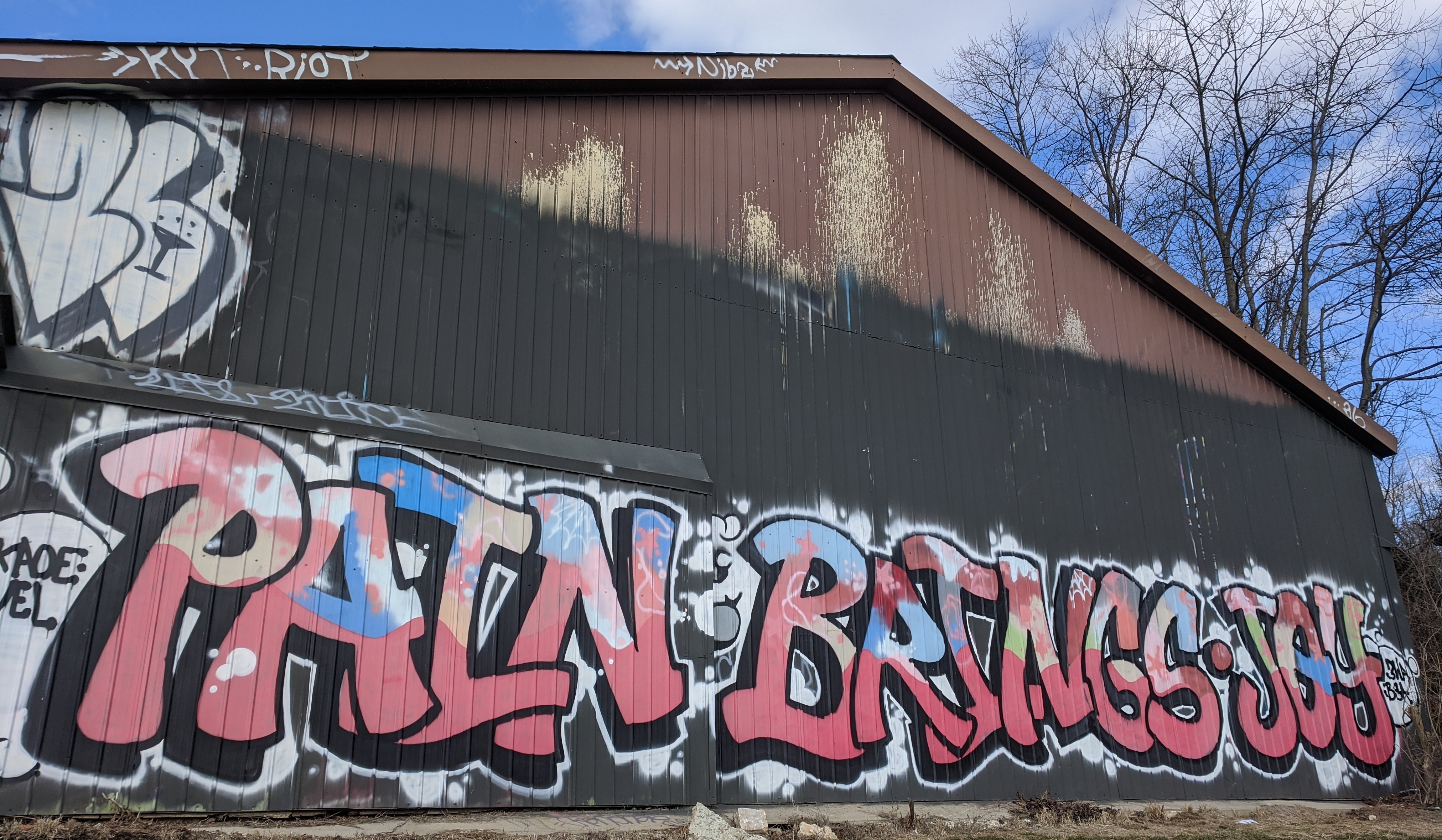 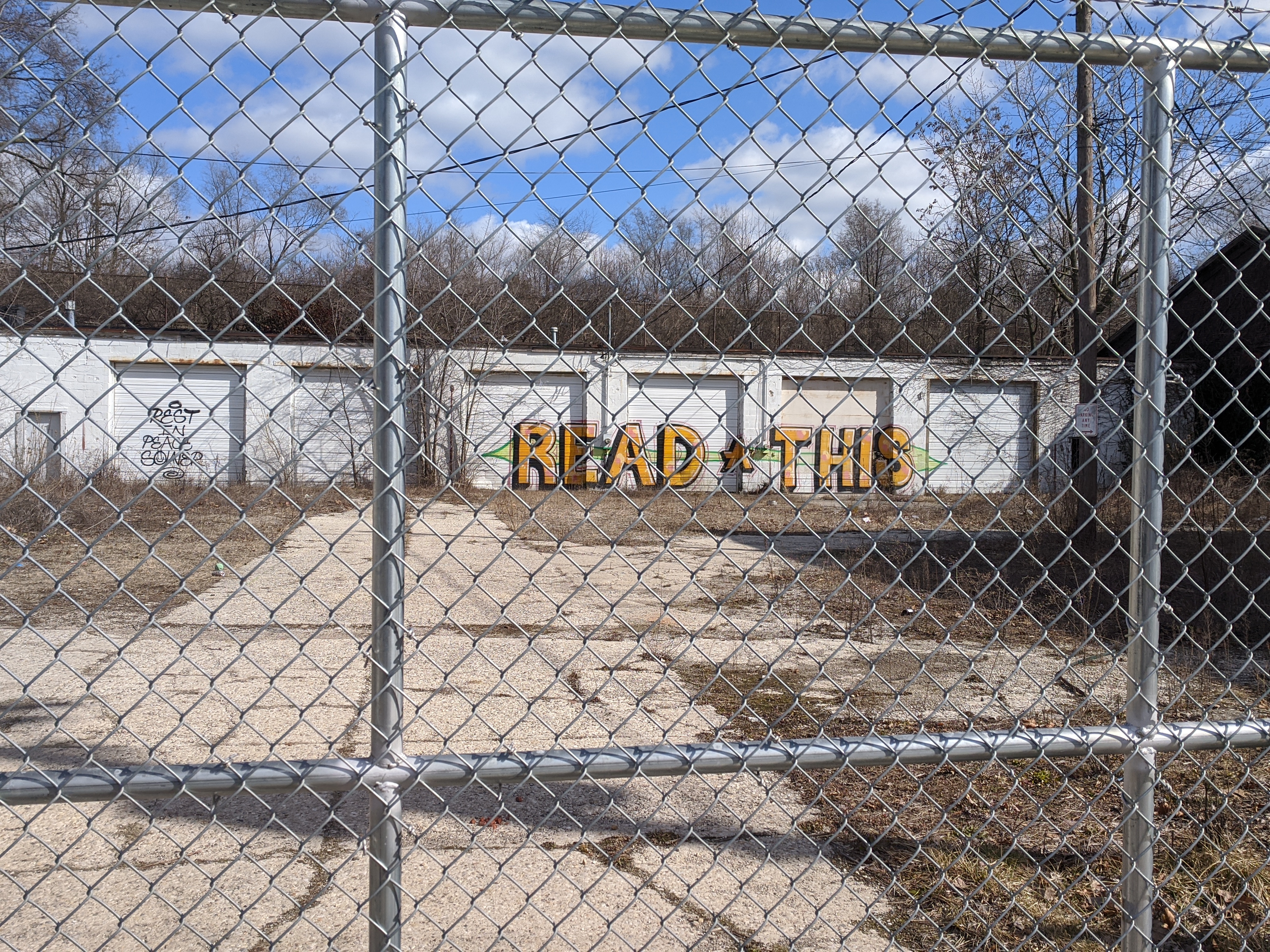 Also here are two other jellyfish that have come through my life. The first I drew on my whiteboard, the second was at a light show during last year's holiday season 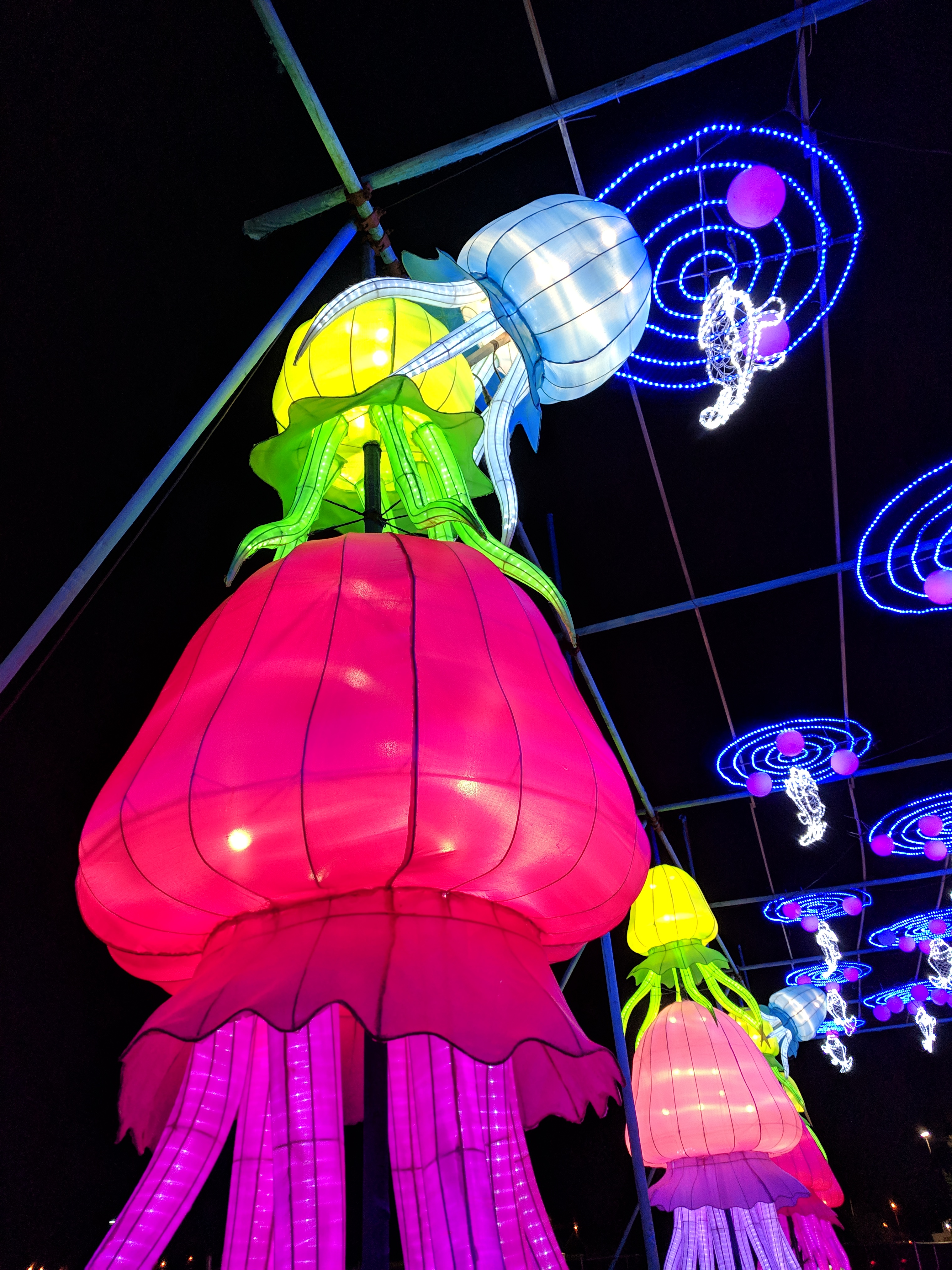 Thanks for joining me on this aimless and pointless exploration of Columbus. If you're coming to GP Columbus in the summer let me know if you want to go halfsies on some spray paint and ski masks.